Universal columns are similar in appearance to universal beams, but typically have a wider flange or fillet.

The flange is the ‘fin’ of steel running along the length of the column, and there are four of these, giving the column a distinctive shape similar to a capital letter I or H.

Each pair of neighbouring flanges is a fillet, while the cross-section joining the two fillets is the web.

And the root radius gives the measure of the curvature between the web and the flange, where this needs to be known.

The exact mass depends on the thicknesses of the metal and on the root radius too, and as such the product designations for universal columns often incorporate the mass per metre as a general catch-all description of the product. 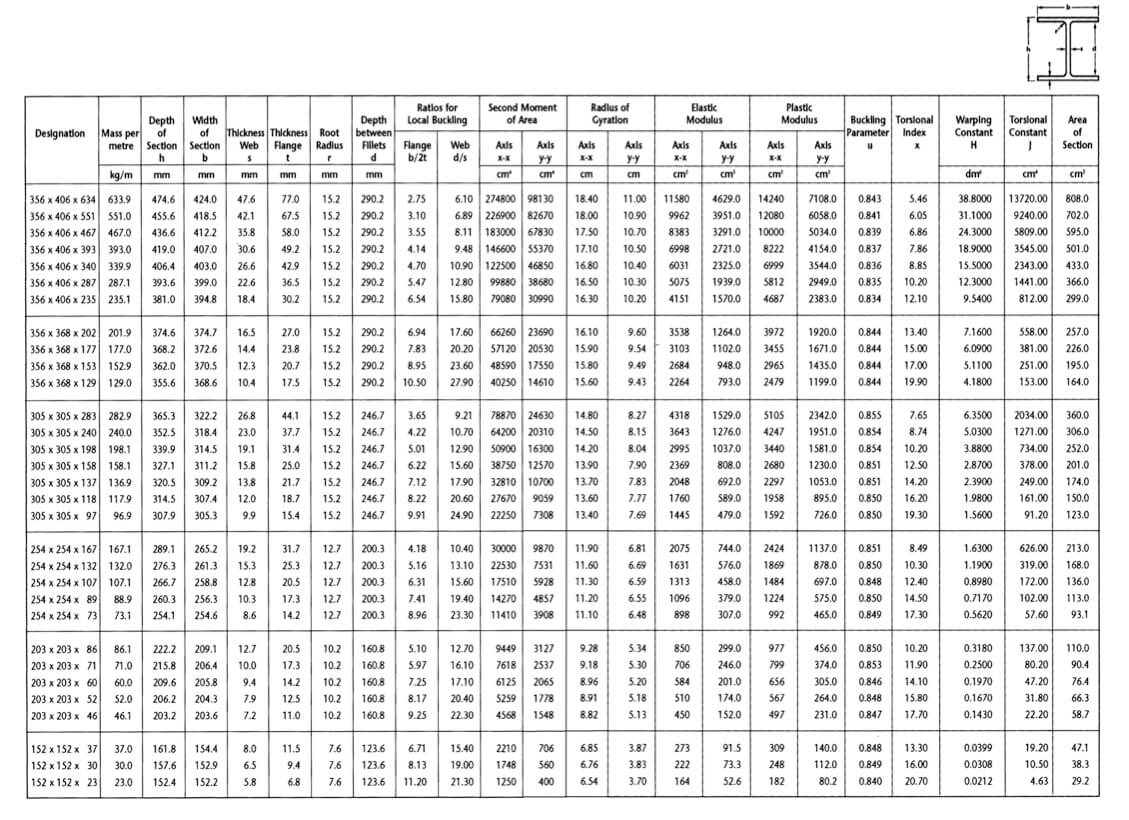