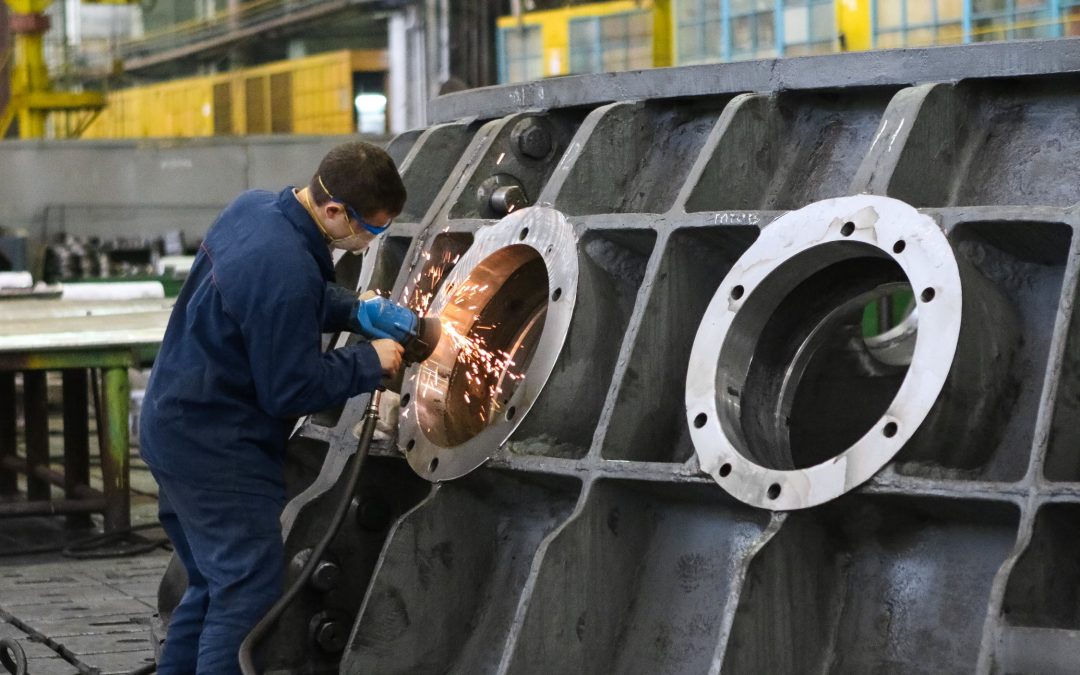 Steel punching, drilling and notching are all fabrication methods that put holes in steel to allow it to be bolted together or constructed in other ways.

They are essentially very similar, but each has its own applications – so what is the difference between drilling, punching and notching steel?

Drilling steel is as you might imagine. A drill bit removes a circle from the steel to produce a hole, usually all the way through the metal to serve as a bolt hole.

It’s an abrasive process – the sharp tip of the drill bit comes into contact with the metal and each time it spins, it basically scrapes off another layer of steel.

In practice this happens quickly, so that to a casual observer it appears as though the drill bit is eating its way through the metal rather than etching a tiny sliver from the surface with each successive spin.

Steel punching can have a similar outcome to drilling, but the process involved is quite different.

Whereas a drill scrapes away the steel bit by bit, a punch uses shearing force to mechanically push through the metal.

Because it does not rely on spinning, the shape that is punched out does not have to be a circle – done precisely, the process will leave behind a hole that is the same shape and size as the punch used.

Punching can be driven by a variety of different forces, including hydraulic, pneumatic and electrical.

Probably the least intuitive name of the three, steel notching is quite simple when you get to know the process.

It works similarly to punching, but instead of producing a hole, it is used at the edge of the metal to take a piece out of the perimeter.

This can make subsequent fabrication easier, for example by removing excess material in the vicinity of a bend, fold or curve.

Between them these three relatively simple methods of steel fabrication cover a wide range of applications in cabinet making and structural steel fabrication, helping to give you a head start when it comes to assembling steel sections on-site.