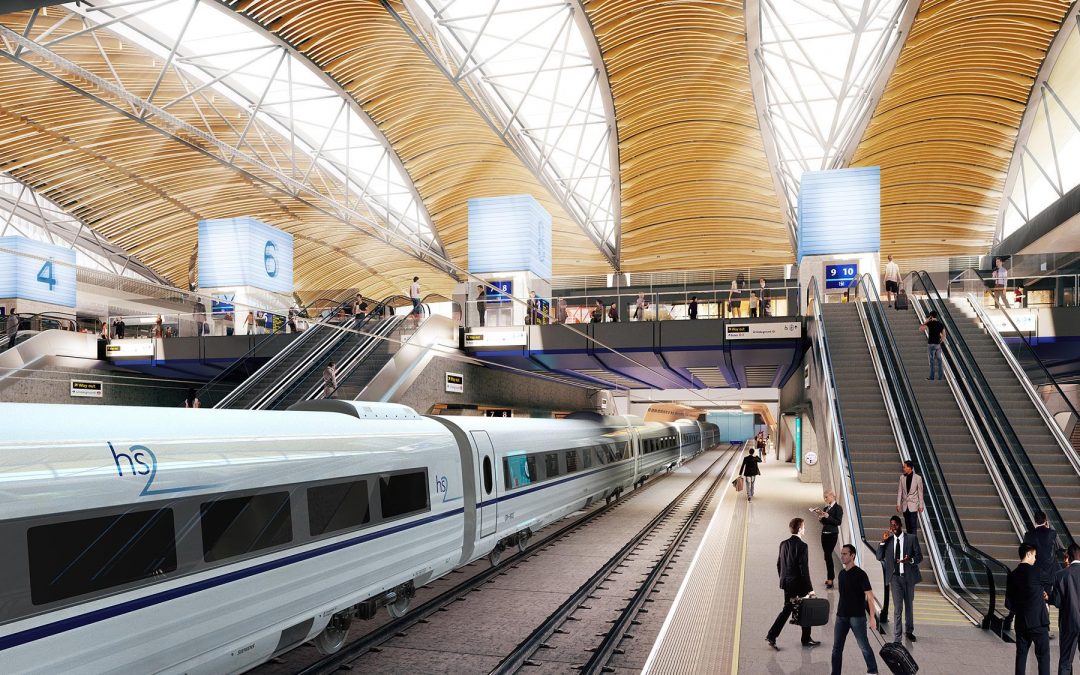 UK steel suppliers are poised and ready to meet the multimillion tonne demand expected to build the HS2 high-speed rail network infrastructure project in this decade.

The scheme has been the subject of controversy in recent years but in February, UK Prime Minister Boris Johnson announced it has been given the go-ahead by the government.

The news confirms that construction of the high-speed rail line linking London Euston with the West Midlands and cities across the north of England will go ahead.

But that means expected demand for several million tonnes of steel, not only to build the railway itself, but also all of the vehicles and infrastructure including roads and bridges to go with it.

Gareth Stace, director general of the steel industry representative body UK Steel, is urging the government to ensure UK steel suppliers are top of the list when it comes to buying the materials needed.

He said: “We are calling on the government to ensure that the benefits of this multibillion-pound project are felt in all four corners of the UK, by maximising the opportunities to use high-quality UK steel product.”

UK steel use in HS2

There are several potential sources of demand for UK steel use in HS2:

Adding together the expected demand for steel use in HS2 from these and other sources, UK Steel estimates the project will require two million tonnes by the end of the 2020s.

If British steel suppliers were prioritised for these orders, the impact on the UK economy would be significant.

UK Steel’s estimates are that £1.5 billion would be put into the national economy, while more than 2,000 jobs would be supported in the steel industry alone.

Despite this, Transport Secretary Grant Shapps & the Department for Transport has yet announce the suppliers of the steel to be used at HS2 sites.

The greatest impact would be felt in steelmaking regions, many of which are located in the north of England where the government has promised to reward voters for their support in the recent general election.

Why use northern steel suppliers?

The north of England is home to many of the UK’s steel producers, so it makes sense to use northern steel suppliers in Lancashire, Yorkshire and other surrounding regions.

Steel suppliers in the north are part of a local industry that outperforms the regional average – UK Steel says that in Yorkshire and Humberside, the average salary in the steel sector is 36% higher than the typical rate of pay across all jobs and industries in the area.

Nationwide, steel sector salaries are 18% above the average for all jobs. With about two thirds of all UK steel demand currently met by UK steel producers, the capacity is there for northern steel suppliers to cater for HS2 and help to deliver this valuable infrastructure project to the highest standard.